Zombotron is a 2D action-adventure game in which the player takes control of Blaze Rush. The protagonist is a bounty hunter, ready to take on any job to get a reward. One day, he receives a distress signal from an unknown planet and flies there. The world in which he got, the character found a huge number of zombies and monsters that destroy each other and other living creatures around.

You will move through locations and fight against countless monsters inhabiting an unknown planet. Kill monsters with shotguns, laser guns, explosives or rocket launchers. Or crush them with your car, designed for battles with various entities. Also, the player will be able to interact with the outside world to eliminate opponents. Crush earth rocks on enemies or push them into deep abysses.

For killed enemies you will receive money. Upgrade and buy new weapons that will help you get to the distress signal and get the promised reward. In addition to detecting the signal, you will need to survive in a harsh world, and then fly away alive. Become the ultimate fighter with cool weapons and explore the secrets of the world as you progress through the missions and levels of Zombotron. Change equipment and make your ward the way you want it! 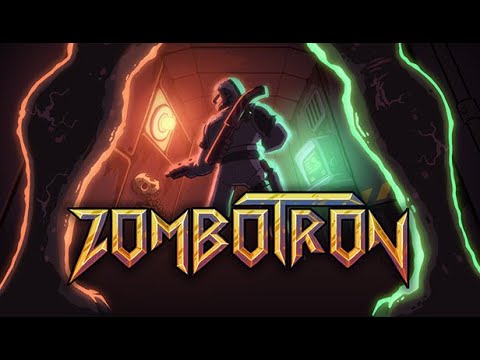