Fable Anniversary is a re-release released by the developers for the anniversary of the original game. Of the large-scale innovations: updated graphics, as well as a simplified interface and save system.

The plot has not been changed. The player is invited to try on the image of an ordinary boy living in a small village in the Kingdom of Albion. The hero often has dreams in which he sees himself as a glorified hero, or as an insidious villain. One day, the boy’s village is set on fire by unknown people, and his entire family perishes. The protagonist decides to deal with the robbers by all means and goes to the Guild of Heroes for training, where he can learn the skills of sword fighting, archery and witchcraft.

The player controls the character from the 3rd person. Widely developed interaction with the surrounding objects and characters. The project stands out from the background of other games due to the variability of the combat system, where each button is individually responsible for a sword strike, a bow shot or a magic spell. In order to attack a certain enemy, you need to point the camera at him, and then all attacks will be concentrated only on him. By combining different types of attacks, you can accumulate a multiplier – a special scale that is responsible for the experience gained.

The points received during the passage can be spent on various improvements in skills, abilities and characteristics. The weapons in the game are varied: the melee weapon available at the beginning is an ordinary stick, and by the end of the passage – Avo’s Tear or the Sword of Ages. Swords also differ in materials of manufacture: iron, steel, obsidian and Workshops and Legendary ones from an unknown material. Bows and crossbows are made of yew, oak or ebony, which also affects their characteristics. Every weapon, except the Legendary, can be equipped with a special modifier that adds unique abilities.

The main distinguishing feature of this project, which also carried over to the remaster, is the complete personalization of the character. Each game action affects the appearance. Villainous deeds turn the hero into a freak, frightening others, and good deeds make the appearance attractive. The clothing and accessories worn also affect the attitude of the NPC. What weapon the player prefers to use will also affect the main character, for example, the archer is always tall and slender, and the swordsman is strong and squat.

The game has the ability to buy and rent real estate, fish, participate in fistfights and much more. By collecting 30 silver keys scattered around the world, you can open valuable chests, and by completing the tasks of the Demon Doors, you can gain access to secret locations. Of the main differences from the original, Fable Anniversary has improved graphics, which have been brought up to 1080p resolution. Improved lighting, shadows and special effects, and also uses the Unreal Engine 3. The developers have facilitated the interface, made in the form of a book, and the control system. Plus, the creators have added new sets of weapons, clothing and armor. 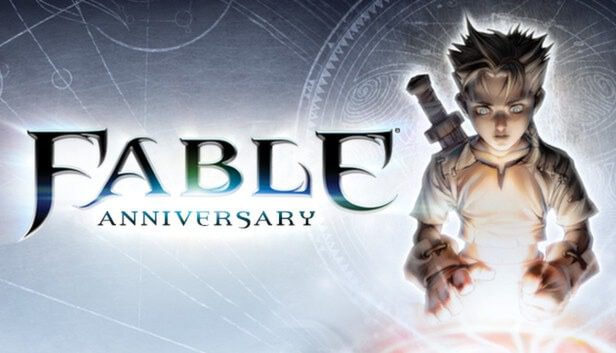 How to Download Fable Anniversary: Click on the download button you prefer using a download client that you can get in this page (we recommend qbittorrent and but you can use other software you want). 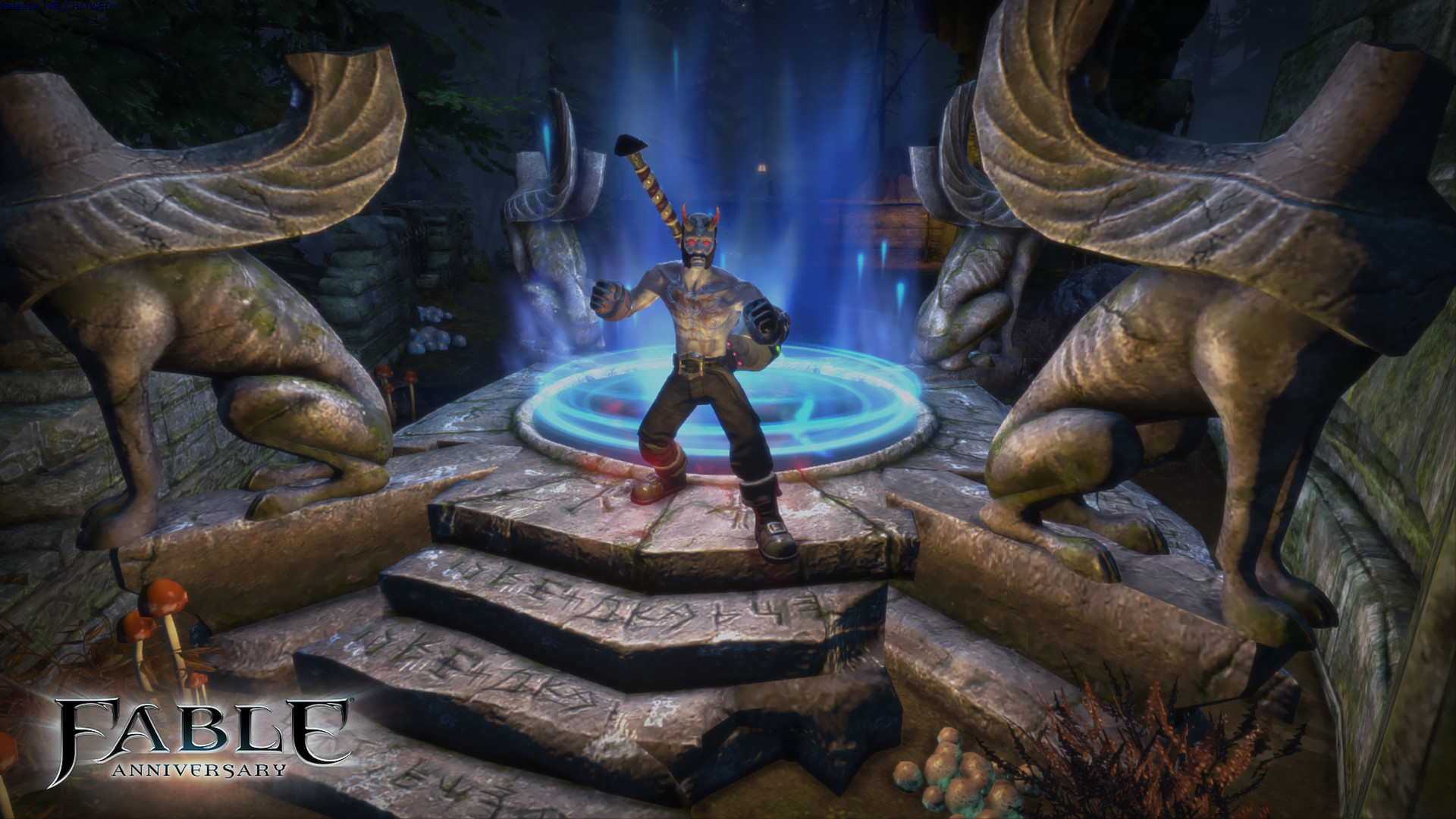 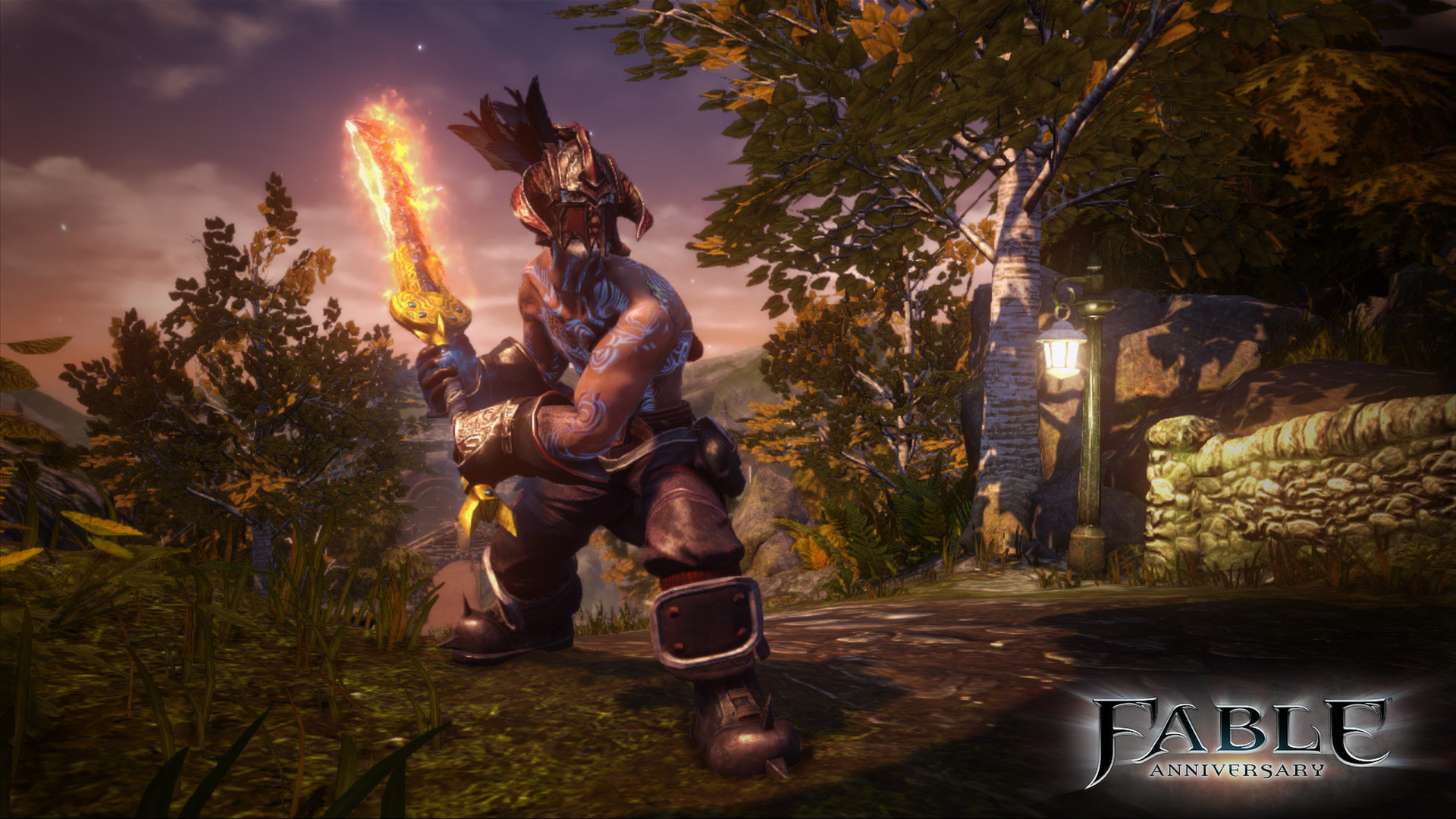